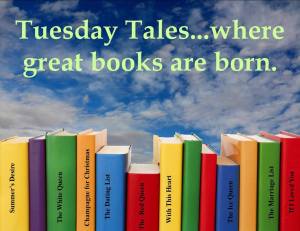 For clarification, I’ve changed Marshall’s housekeeper’s name from Hilda to Jennifer. He’s back at work the next day, but tired from checking on Jennifer all night.

Marshall blinked and rubbed his eyes. After staying up all night to monitor Jennifer’s condition and go over his office inch by inch, his brain had taken on a murky fog. He stared at the financial reports from Tony, but his mind kept wandering to who could have attacked Jennifer, what they were looking for, and what could have motivated them.

Thankfully, Jennifer seemed to be at least eighty percent this morning. No lasting signs of a concussion. She was well enough that orders to put her feet up and watch a movie would probably be ignored. Knowing she would disregard his suggestions, he had arranged outside cleaning and catering services to take care of the kitchen and other duties, so Jennifer wouldn’t have anything to do.

Jennifer and the break in wasn’t his only distraction though. Jaiden occupied his thoughts as soon as they drifted from work. How was she doing? Was her ankle sprained or broken? He felt responsible for her fall even though he hadn’t tripped her.

Scaring her right after she fell hadn’t helped her treat her ankle properly after the injury. She had taken off running toward the parking lot which was a solid mile in the direction she had taken.

Would there be a way to find her and see if she was okay? Tony could figure something out, although the only real lead Marshall could offer was the hospital. With privacy regulations, the hospital couldn’t tell him anything.

Marshall pulled at his tie and leaned back in his chair. If this deal wasn’t so important, he would have stayed home and slept for an hour or three.

Someone rapped on his office door, then it opened and Tony poke his head through.

“I’ve got the title history and property description for the Willow Hill deal.” He held up a stack of paper three inches thick. “I highlighted the issues that might create problems.”

Marshall sighed. Title discrepancies were always a problem. A sale couldn’t be completed until they were straightened out. If someone still held claim to the land, they could protest the sale, which would result in legal negotiations that could last years. Not exactly the best way to keep his purchase of the property quiet. “Put it on the coffee table.”

“Pretty coherent for getting smacked on the head.” Marshall rubbed his hand over his face and massaged his temples, hoping to wake up the muscles to tired to keep his eyes open.

“Is she trying to work this morning?”

“You know Jennifer. I ordered her to put her feet up and watch a movie. We’ll see if that happens.”

Tony sat on the leather couch on the side of the coffee table. “You look like you could use some rest too. You aren’t going to find what you are looking for if you are too tired to get out there.”

Marshall nodded, his head heavy. “The evidence is so elusive. But once I own the property it will be much easier to document.”

“Did you see anything yesterday?”

Marshall jerked forward in his chair. “I completely forgot about the footprint!”

Tony’s jaw dropped. He leaned forward, bracing his arms on his knees. “You saw a footprint and forgot about it? I’m not sure which astounds me more.”

“I’ve been occupied. And there was a runner.” Marshall waved his hand, hoping to clear the cobwebs out of his brain.

“They are supposedly drawn to women.” Tony eased back in his chair and crossed his leg over his knee.

“That’s not well-documented.”Marshall pushed his fingers through his hair.

“Nothing in this search is.”

“Do you think you could find out who the runner is? Her name is Jaiden. If she runs in the area often, maybe she saw something before.”

“Go back to the trail and see if she shows up again.”Tony glanced toward the window. The sun was streaming through. “It’s a nice day and you aren’t good for much here. I bet Jennifer looks better than you do.”

“That sounds like stalking. Anyways, she won’t be back out there for awhile. She did something to her ankle and was in the emergency room when I was there with Jennifer.”

Tony shrugged. “That complicates things. Was she pretty?”

“What does that have to do with anything?”Staying up and watching over Hilda had fried his brain. The synapses were firing with all the energy of a dead battery.

“It might make her easier to find. Pretty women are memorable.”

“Wide gray eyes, the color of a mist-covered lake. Dark, curly hair.” Though he couldn’t say if it was long or short. It had been tucked under her hat. Long enough for a ponytail anyway. Lightly browned skin, athletic figure — at least what he could tell despite her parka. She wasn’t an image he could forget.

Tony stared at him. Marshall hadn’t realized he’d stopped speaking his description out loud. “Eyes the color of a mist-covered lake? Oh boy, when was the last time you went on a date?”

Thanks for stopping by! Be sure to check out the rest of the Tuesday Tales at  http://tuesdaytales1.blogspot.com/.

This quilt had me questioning my math skills. They are pretty rusty since my last math class was <skfjosfn> years ago. I used all fancy equations to figure out the potential area of the scraps I cut, then a did a square root to find out side dimensions for the finished quilt. (We will ignore how long it took to remember how to do a square root on a calculator, but I did manage it without a phone a child.) Despite using Algebra in real life, I still needed to use the seam ripper more than the calculator to achieve a rectangle. 612 rectangles, 595 prairie point. I really should have emptied a box of fabric by now.