Christmas Treats with Wendy May Andrews

This recipe is a sentimental favorite. My best friend from high school, who was also my first roommate when we moved out together when we were 19, was an amazing cook and baker. Peanut Butter cookies are my favorite so she left me the recipe (along with other favorites) when she moved out to marry her sweetheart a year later. Despite her being a bit of a health nut I wouldn’t say there’s anything low-fat about these cookies. But really, they’re cookies, which are supposed to be an indulgent treat 😉 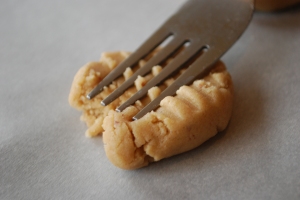 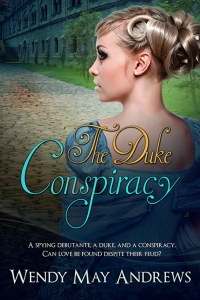 Miss Rosamund Smythe, the only daughter of a baron diplomat, is finding the Season to be a dead bore.  After her stint at spying while in Vienna with her father, she wants a higher purpose in life than “just” being a wife.

His Grace, Alexander Milton, the Duke of Wrentham, wants a quiet life with a “proper” lady as his wife after the tumultuous childhood he had.  His parents had fought viciously, lied often, and Alex secretly wonders if he was even his father’s son.

Rose and Alex grew up on neighboring estates and have been best friends since she was four years old but a family feud has torn their friendship apart.

At a Society event Rose overhears a plot to entrap Alex into a marriage of convenience.  Her loyalty to their old friendship as well as her knowledge of the conspirator, Sir Jason Broderick, causes Rose to overcome her aversion to Wrentham in order to warn him of his danger.  Alex’s complicated childhood has caused him to despise all forms of deception so Rose avoids telling him how she knows so much about Sir Broderick.

When Rose is abducted by Sir Broderick to prevent her interference, Alex must deal with his own conflicted feelings to help her rescue herself. Can they claim their happily ever after despite the turmoil?

Wendy May Andrews has been reading whatever she could get her hands on since the age of five. She has been writing for almost as long but hasn’t been sharing those stories with anyone but her mother until recently. Wendy lives in Toronto with her own real-life hero. When not writing or reading, they love to travel wherever the mood takes them.

I changed my mind. I’m going to sell the top runner. I like the bottom one better.
Keeping this one

Subscribe to Joselyn Vaughn by Email
Join 2,420 other followers